A company with more than 115 years of history

Modern history of our plant began back in 1905, and as an industrial zone on the territory of the modern plant there were production since the XVIII century, when blacksmith and locksmith shops were founded here.

It is not a surprise that the company, which at different times had names: "Stanislavsky Machine-Building Plant", "Stanislavprylad", "Geofizprilad", "Promprylad"; has always been called the "cradle of professionals". At one time the plant accumulated a significant part of production and intellectual resources. The city, formed an environment of workers and engineers who raised other major Frankivsk enterprises: "Armature Plant", "Karpatpresmash", "Radio Plant" or the already mentioned "Positron".

Undoubtedly, Promprylad was decisive for the formation of the city. It is even a bit symbolic that it is located in the very center of Ivano-Frankivsk. In the same area, between the current streets of Konovalets, Melnyk, Sakharov and Sichovy Striltsiv more than a hundred years ago, productions were born, from which later an instrument-making plant was formed. There were three of them: Krai, Fama and Vaclav Major's weight-mechanical institution.

Vaclav Major's factory was founded in 1914 shortly before the outbreak of the Great War. The company specializes in the manufacture and repair of mechanical scales: car, car, pharmacy. Although the major factory was the smallest of the three firms that later formed the plant, its products were the most technological. It should be noted that at the stage of creation the plant (the future "Promprylad") continued the line of the factory, as it specialized in scales. 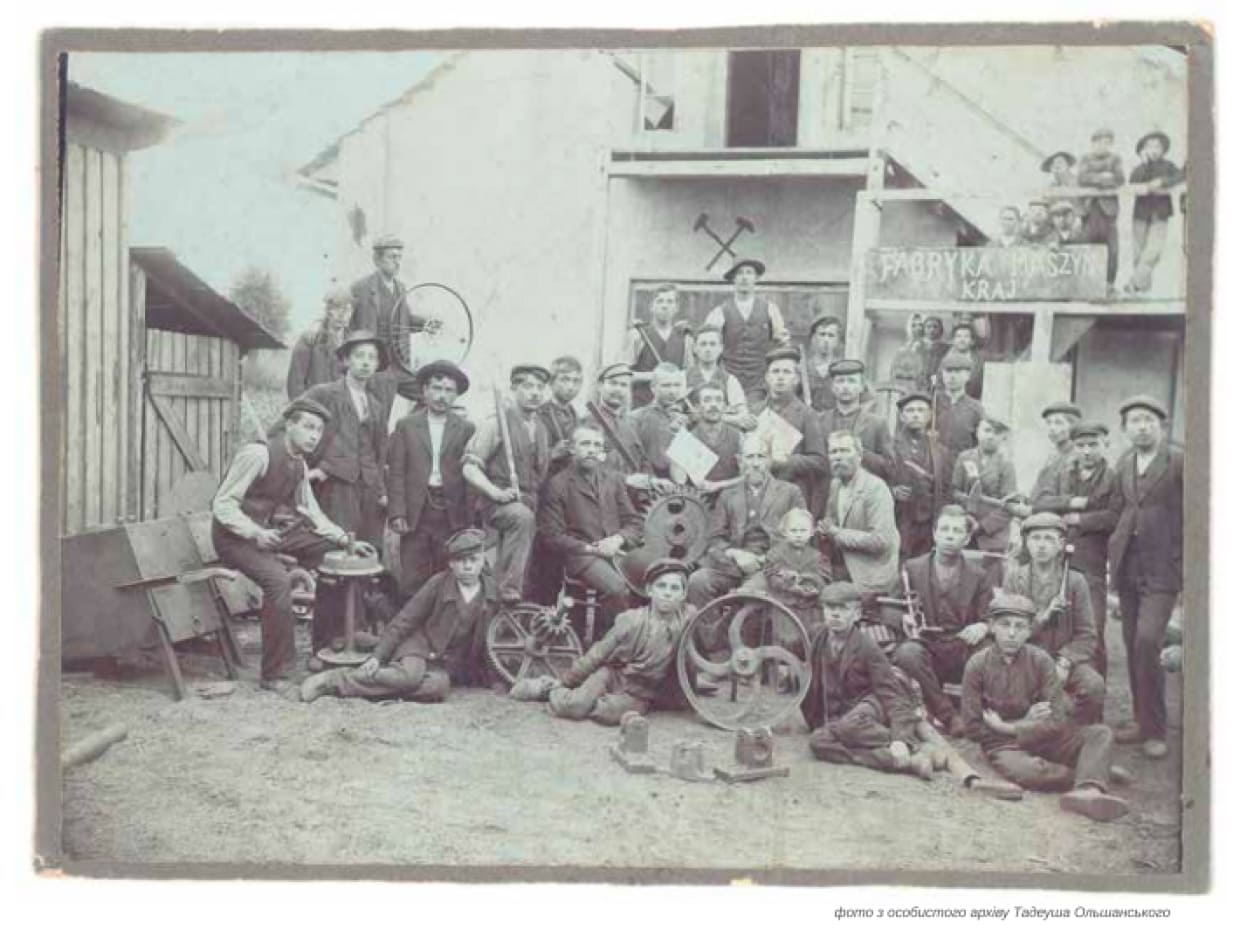 The third of the enterprises that became the basis for Promprylad is F. Vesely's Factory of Machines and Fittings. Foundry of iron, phosphorous bronze and metal ", founded in 1920. Later, the official name was added "Eatpa", which should be understood as "fabryka maszyn" (from the Polish - "machine factory"). The company also specialized mainly in casting and machining.

Interestingly, the manholes with the inscriptions "R.Jaworski and synowie. Stenislawow ”and“ Fama ”can still be found in Frankivsk. The first ones are on Hrushevskoho Street, at the intersection of Drahomanova and Franka Streets, at the beginning of the street. Kozlanyuk and many other places in the city center. Sewer manholes made by Fama are less common than Kraj, but today they can still be seen, for example, in Mickiewicz Square or at the beginning of Nizova Street, near the entrance to the Bastion Fortress Gallery.

Much information about these companies can be found in the book "100. years of history - 100 years of work "(B. Gavrilov, M. Golovaty. Ivano-Frankivsk. - Ivano-Frankivsk Tipovit, 2005), published on the occasion of the anniversary of the plant. From there we know that all three companies were small, none of them, even in its heyday, did not exceed 80 employees. The peak of their development falls on the 20s of the twentieth century, companies are moving from the use of steam engines to internal combustion engines. With the advent of citywide power plants, companies are abandoning their own generators and using centralized energy.

B. Gavryliv and M. Holovaty note that although the above-mentioned companies were not leaders in their field in Poland, they did not care for the latter. Not only Polish-made machines from Katowice, Łód,, and Poznań were used, but also from Berlin and Vienna; milling - even from the United States. Part of the equipment of these companies was their own production. First of all, these are sharpening machines.

In the second half of the 1930s, we saw the flourishing of three enterprises, their economic indicators went up. The number of employees and production volumes grew. The fleet of equipment was growing.

In 1939 the Soviet army entered the territory of Galicia. Most often they talk about "merger of enterprises" with the subsequent formation of an instrument-making plant, but in practice everything was a bit more complicated. In the book of memoirs of the Polish publicist and translator Tadeusz Olszanski. "Once in Stanislavov" (publishing house "Discourse", Brusturiv, 2016), who was born and lived in Stanislavov until the age of 39, we find quite detailed information about the company "Krai", including its fate during the arrival of the Soviet army. Olshansky lived near the Yavoriskis' apartment, often played with them in the yard as a child, visited the studio, so he describes what he saw or heard firsthand. 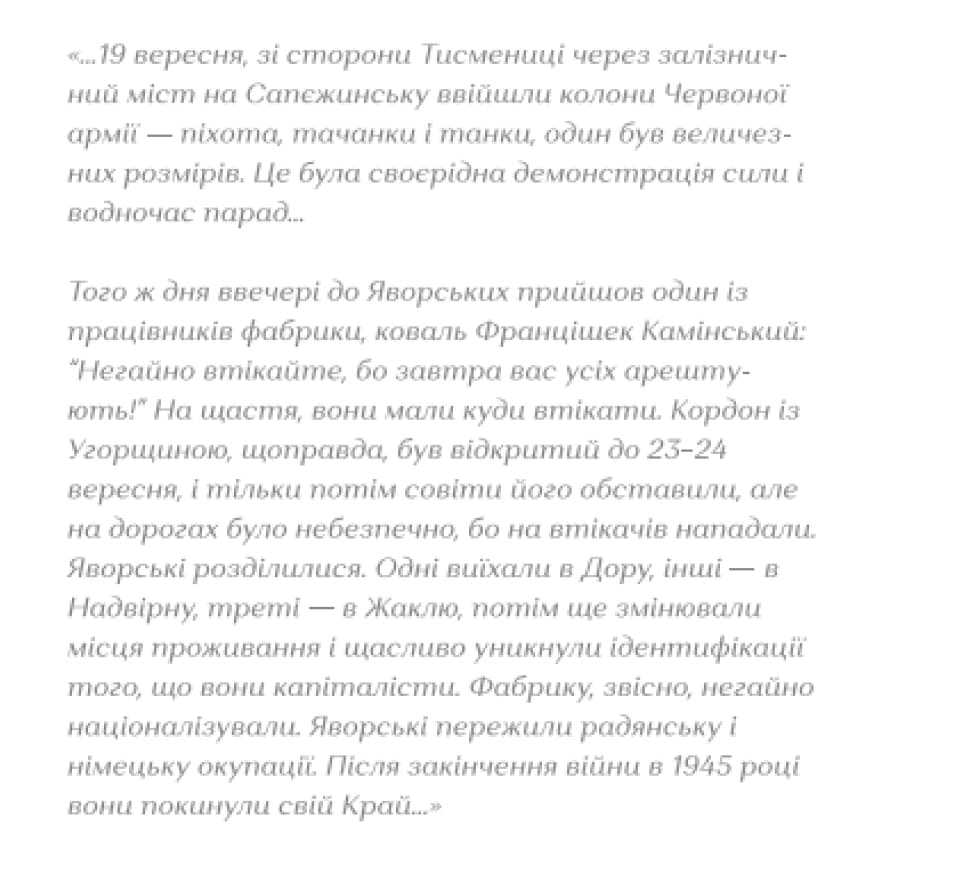 Veterans of the plant S. Tseglinsky and D. Hanusyak, who had worked there since 1944, told historians Gavriliv and Holovaty that the former owners of the enterprise, the Jaworski brothers and under Soviet rule, worked on machines, had students, and left for Poland after the war.

We do not have as detailed information about the events at the V. Major and Fama enterprises as we do about the fate of their owners. But one way or another, production facilities came under nationalization.

3 In 1939, the reorganization of enterprises on the Soviet model began. In the work of B. Gavriliv and M. Holovaty we find information that the secretary of the Stanislavsky regional committee of the CP (b) U M. Grulenko reported at the party congress in Kiev in May 1940: an hourly working day has been introduced ”. And this, by the way, meant that the working week was two hours longer than in Poland. Then, in fact, formed a car mechanic plant. Its formation was later delayed by World War II. The plant resumed operations after the liberation of the city from German troops on July 27, 1944.

After the war, the plant had two shops: turning and weighing, as well as three workshops for repairing scales. In 1947 the plant mastered the repair of milling machines and the production of gas stoves.

In 1949 the plant came under the control of the Main Department of Agricultural Engineering of the Ministry of Local Industry of the USSR. Due to this, he received a targeted industrial program and began to produce water pumps for livestock farms, collective farms and state farms.

At that time, two enterprises were developing on the territory of the modern Promprylad: in addition to the weight-mechanical plant, there was also a machine-building plant. In 1956 they were merged into the Stanislavsky Machine-Building Plant.

The following year (1957) repair and tool shops were established at the plant, and the foundry was reconstructed.

However, the plant could not further develop in the direction of mechanical engineering. Mostly due to its location in the city center. There was a lack of new areas for development, and it was impossible to build railways and access roads needed to transport large amounts of metal. Then the country's leadership made a key decision for the plant - to develop it in the instrument-making direction. 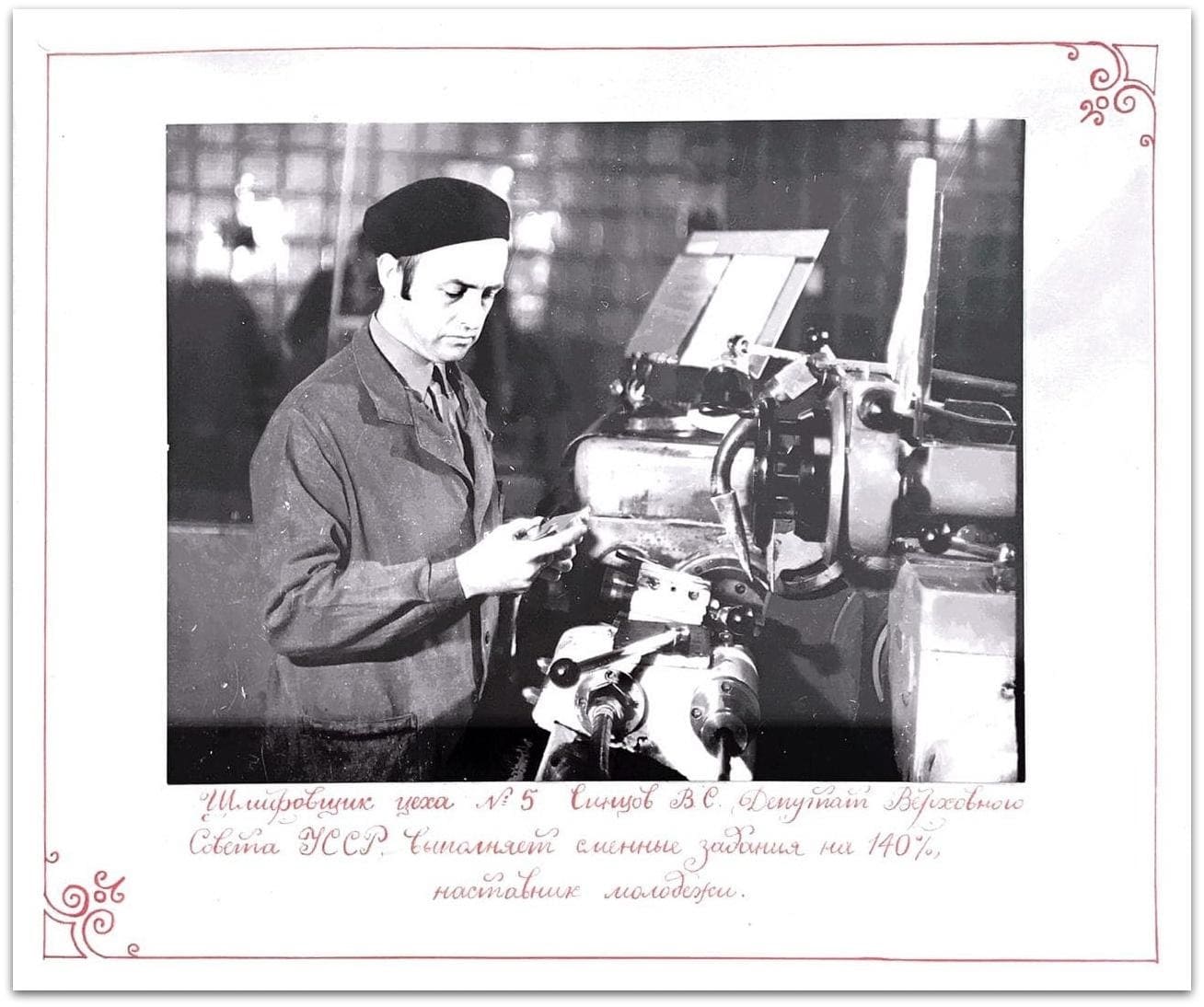 Gas meters and other devices.

In October 1959, the Stanislavsky Machine-Building Plant was renamed Sganislavyrylad.

By 1960, the production of car scales and water pumps had been discontinued. But the company has mastered new products - gas meters. These were the defining devices of the zone for the plant and have remained so to this day: based on the experience and developments of the Kyivprilad plant, several leading workers and engineers, including Volodymyr Krekhovetsky, were sent to the capital to learn from the experience. Soon the first pelvic counter made in Ivano-Frankivsk RS-100 appeared. Later, the range expanded and the plant took a leading position in this niche in the USSR. To this day, the State Standard of Volume and Volume Gas Consumption is located on the territory of Promprylad. 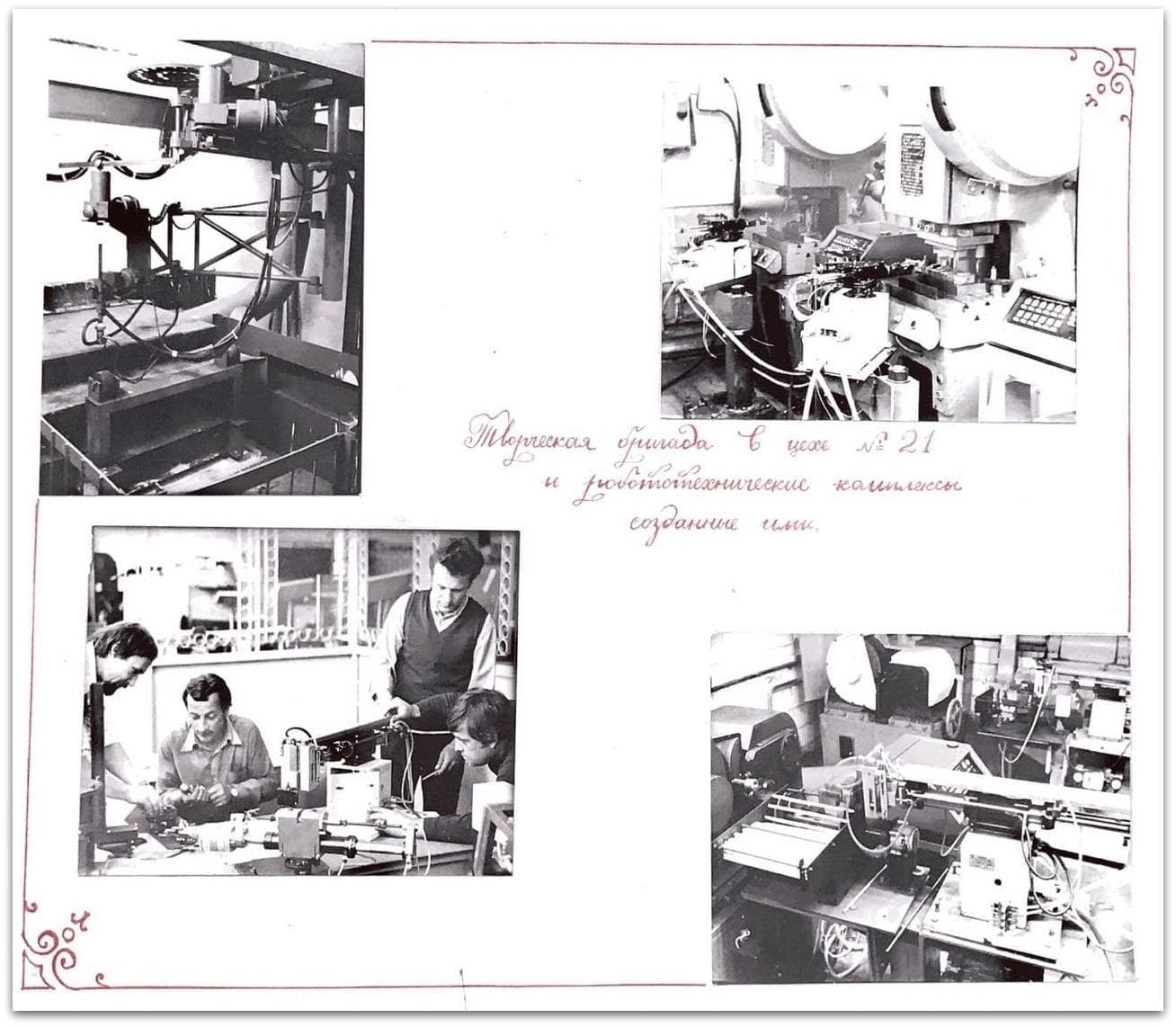 Journalist Khrystyna Soroktei described in detail the turning point in the transition to the production of gas meters in the documentary "Fern Blooms in Autumn" (Karpaty Publishing House, Uzhhorod, 1968), dedicated to the career of an honorary citizen of Ivano-Frankivsk Krekhovetsky. one of the most iconic figures of the plant.

In 1962, in connection with the renaming of the regional center, the Ivano-Frankivsk Instrument-Making Plant was renamed.

It is worth emphasizing the symbiosis of the instrument-making plant and the University of Petroleum and Gas. The latter was founded in Ivano-Frakivsk in 1963 as a branch of Lviv Polytechnic. But since 1967 it has been working as a separate higher education institution. The current Ivano-Frankivsk National Technical University of Oil and Gas is the alma mater of most of the engineering core of Promprylad.

During the twentieth century, several new buildings of the plant were built. In 1969 the area of ​​its production and administrative premises exceeded 50 thousand m. During the 60-70's the range of products gradually increased. In particular, these are devices for the oil industry: plastometers, manometers, thermometers, drilling control panels, consistometers. An important stage for that time was also the production of cash registers, as well as mechanical computers "Onega".

To the modern user, these devices would seem at least strange, but they were the pride of the factory workers. Here's what he says. about "Onega" former head of the Design Bureau Marko Putko:

In the period 1971-1975, the plant mastered the production of a number of electronic computing devices, including Mir modules, printed circuit boards, electric GSP control systems, which were supplied to the chemical, oil, metallurgical and energy industries.

In the 70's the production of depth and differential pressure gauges for the oil industry, the latter - for automated production management. In addition to the union republics, the plant's products are exported to 26 countries. There were even curious cases:

In addition to traditional devices for the oil and gas industry, the company launches electronics, including automated process control systems AKESR, Remicont, Lomikont. These products are widely used in Soviet industry, for many it is a symbol of new technologies. However, today the progressiveness of these devices looks more like a myth.

Along with the devices, since 1972 the plant began to produce so-called consumer goods: umbrellas, shopping bags, car grilles, Perhaps the most memorable umbrellas. They were high quality, reliable, had a heavy strong metal mechanism. 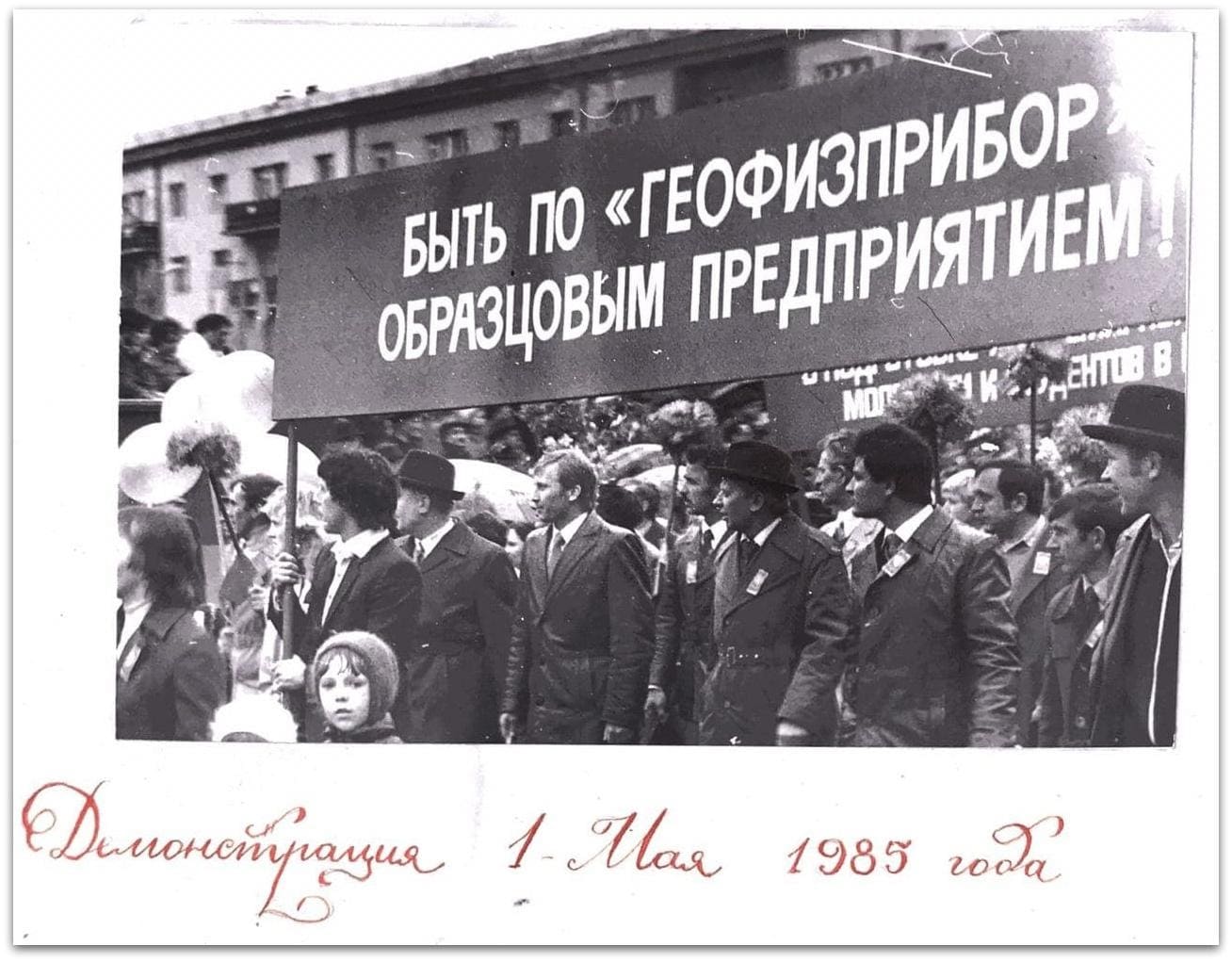 If we go back to the second half of the 80's - "Geofizprilad" then experienced its golden period.

The plant was not just a place to work. It had its own radio, newspaper, its own football team, choir, dance and theater groups. "Promprylad" became an environment that united like-minded people not only in production but also in sports, art, or even in the civil and political spheres.

The fact that most people were comfortable here is evidenced by the fact that people worked at the plant with their families. It became a matter of pride.

Well-known Frankivsk journalist Myroslav Boychuk began his career at an instrument-making plant. At first he worked in a large-circulation newspaper, later his main job was factory radio. Memories are only the best.

It would seem that the factory, which provided comfortable and stable jobs at the time, should be filled by people loyal to the Soviet system. In practice - not always. Promprylad concentrated a significant part of the city's intellectual environment. People worked here who would later prove to be active public figures, historians, local historians, and politicians. Perhaps the brightest such figure was the historian Mykhailo Holovaty, one of the most authoritative experts on Ivano-Frankivsk, co-author of the book "One Hundred Years of History. One hundred years of work ". In an interview with Halychyna newspaper (July 27, 2010), he said:

Also at the end of the eighties, a cell was formed at Promprilad.

People's Movement of Ukraine. Mykhailo Holovaty became its chairman. In the future, this environment was a prominent core of anti-Soviet initiatives in the city. 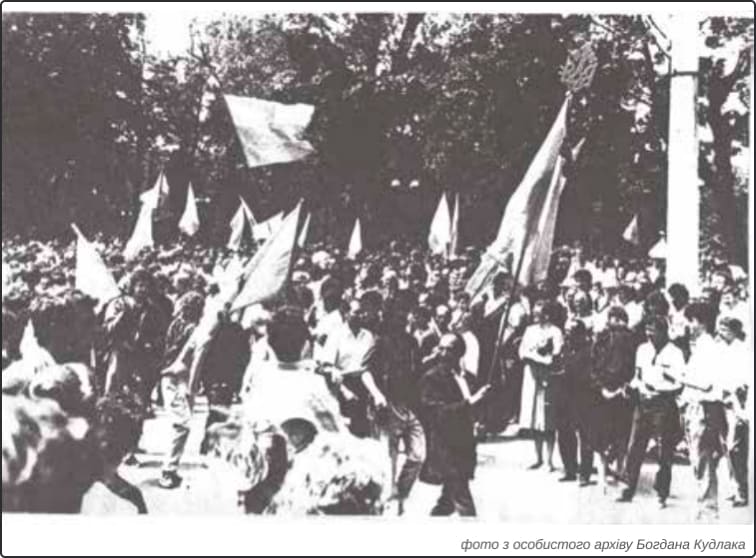 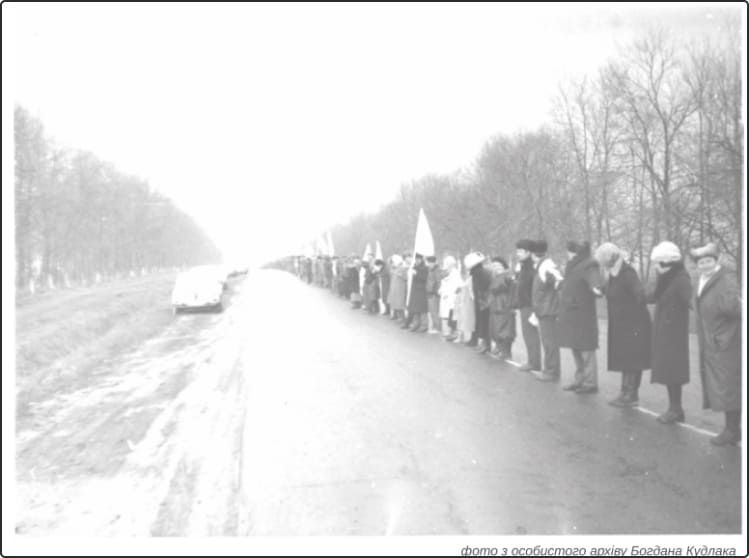 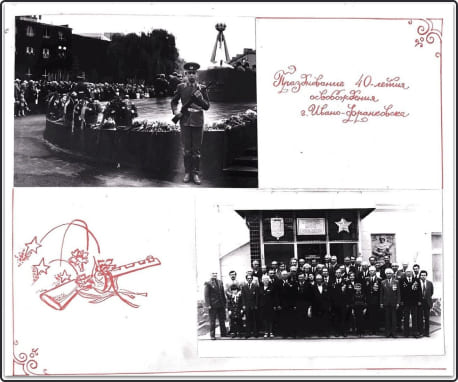 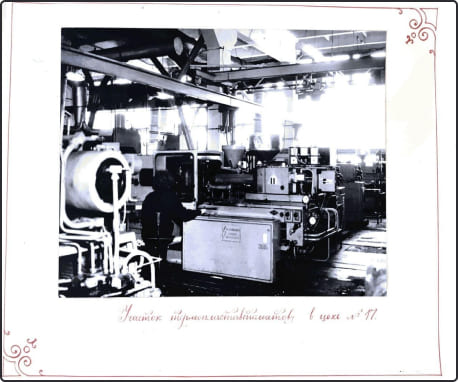 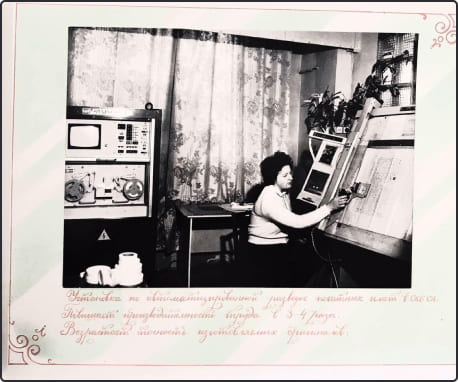 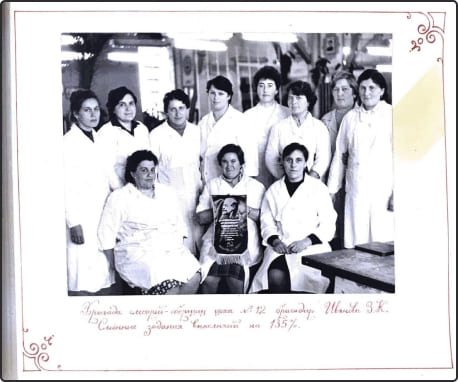 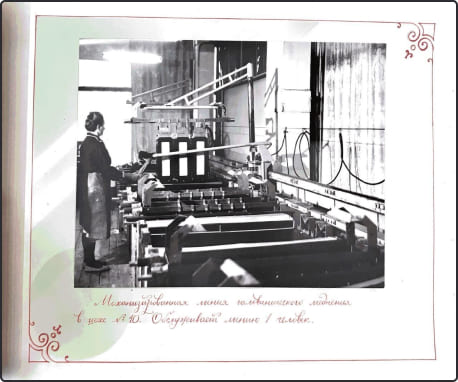 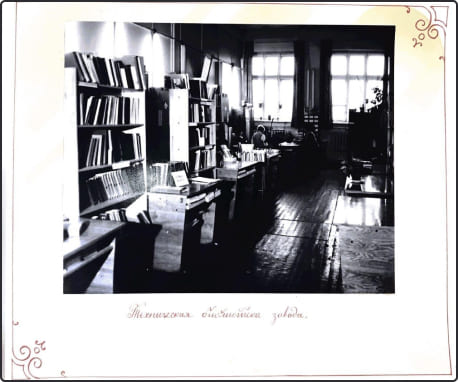 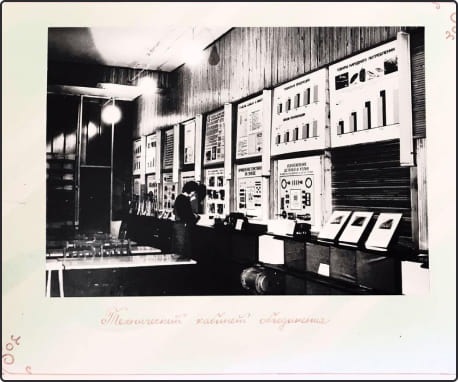 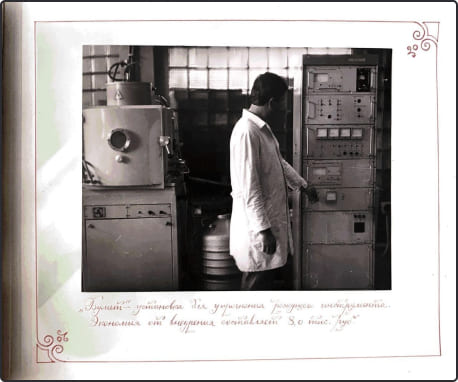 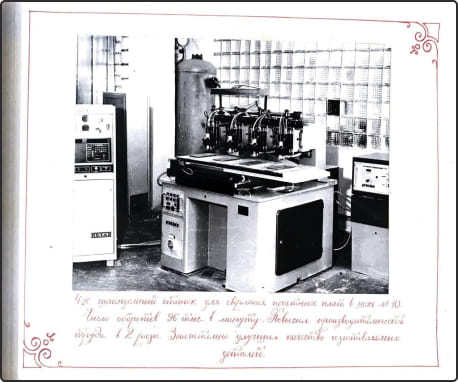 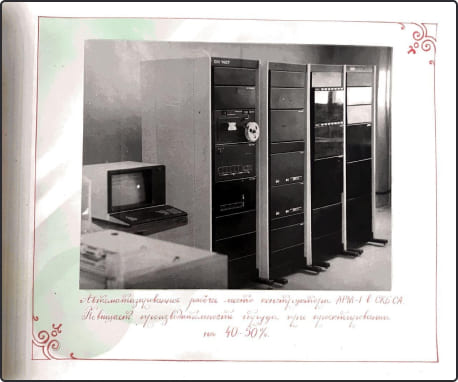 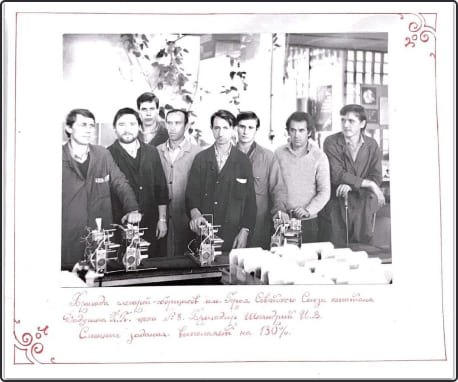 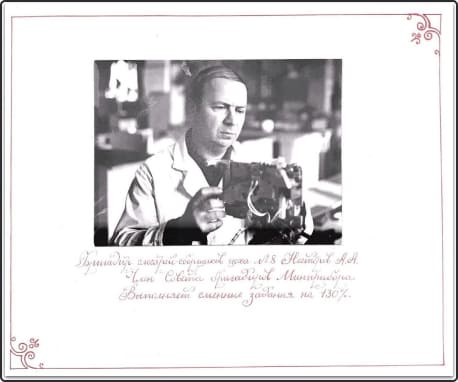 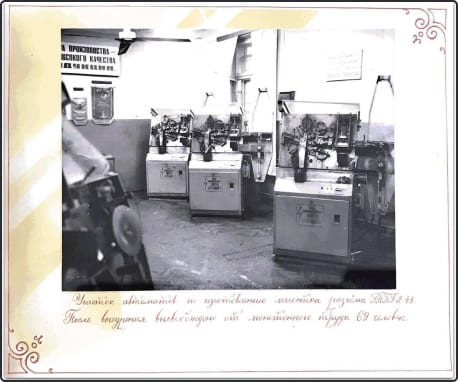 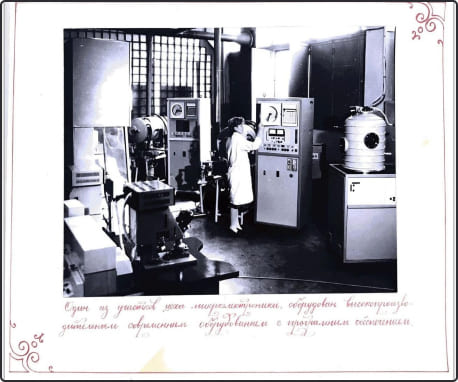